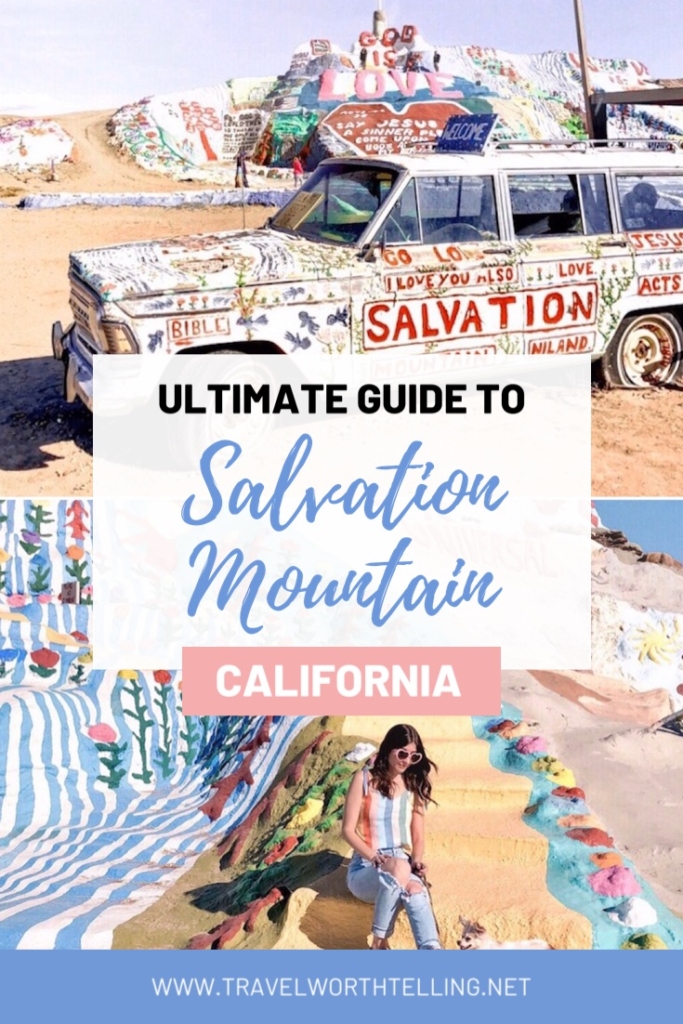 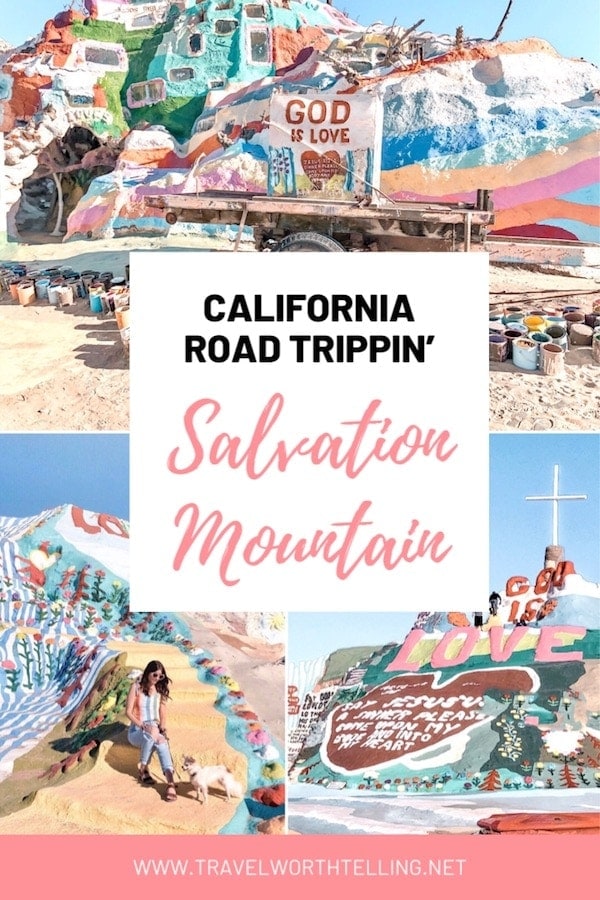 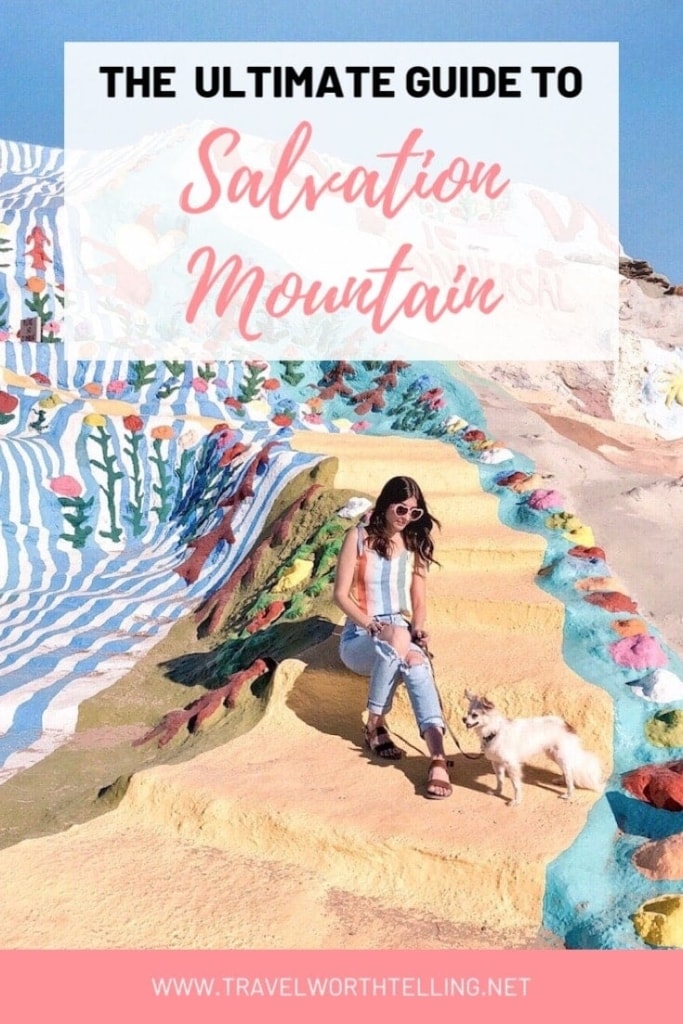 If you didn’t grow up in Southern California, the chance you have heard of Salvation Mountain is slim. It’s one of those hidden gems that you otherwise wouldn’t know about if it wasn’t for word-of-mouth or in today’s world, social media. You may also remember it from the film, “Into the Wild”. The colorfully painted man-made mountain is roughly 50-feet tall and almost 150-feet wide and is a destination that should be included in your California road trip.

It’s more than a quirky, roadside attraction. It’s somewhat bizarre, but mainly it is unique and special. While the messages written upon Salvation Mountain are religious, one doesn’t have to be a religious person to enjoy it and appreciate the general message (love) and all the hard work put into it. The following is a guide to Salvation Mountain, California’s favorite road trip stop:

Salvation Mountain was created by a man, named Leonard Wright. Leonard dedicated his life to spreading a message of “love” after serving in the Army during the Korean War. Prior to this, he was never a religious man but one day in 1967, while paying a visit to his Christian sister, he had an epiphany and decided to dedicate his life to God. Salvation Mountain is the result of 28 years of Leonard’s life.

Leonard Wright originally had the idea of spreading God’s love by using a hot air balloon and began sewing the balloon himself. He spent years buying what fabric he could afford and piecing it together, but could never get it airborne. After a visit to the desert and one final attempt in 1984, he gave up.

He decided to extend his stay in the desert by one more week and built a small monument using cement, paint, and sand. That week turned into years and that small monument grew to be a fifty-foot tall mountain.

The materials used caused the mountain to be structurally unsound and after four years of work, it collapsed. Most people would give up after this, but Leonard wasn’t discouraged. He saw it as God’s way of letting him know the mountain was unsafe and he decided to rebuild. Leonard then began experimenting with adobe clay and paint. He mixed the adobe with straw and then covered it with layers of paint.

He found that the paint protected the mountain from the desert elements and the more paint he used, the stronger it became. Soon, people began bringing donations of paint to the mountain. Leonard used only non-toxic, latex paint and the estimated usage over the years is 100,000 gallons. Leonard continued adding to the project and began working on what he called the “Museum”.

He used his original hot air balloon idea as inspiration and built multiple small domes made of adobe, old tires, and wood. Leonard dedicated almost a third of his life to Salvation Mountain before he passed away in 2014. Today a group of volunteers oversees and takes care of the mountain. Patching and painting the mountain is regularly required due to the rough desert climate and the amount of paint used has now reached an estimated 500,000 gallons.

Salvation Mountain is located in the city of Niland, within the Southern California desert. Niland is a small, rural town with a population of less than 1,500. It is just a few miles east of the Salton Sea and is about an hour and a half from Palm Springs. The Salton Sea is California’s largest lake and one of the lowest places on Earth, with an elevation of 227-feet below sea level. Due to human engineering errors that took place in 1905, the Colorado River began spilling saline waters into the basin. As a basin that only has inflows and no outflows, the lake continued to get saltier and saltier over the years.

The area once boomed with resorts, similar to that of Palm Springs, but that ended after increased salinity and pollution killed off most of the fish. Today, the scene is very post-apocalyptic and all you will find is abandoned buildings, mobile homes, and fish skeletons scattered along the beach. Salvation Mountain also serves as a gateway for an area called Slab City. Slab City is not an actual city, but an area populated by people living off-grid. The area got its name after an abandoned WWII Marine training base was demolished, leaving concrete slabs behind.

There are several thousand campers that occupy the area, mainly during the winter months but there are some who ride out the soaring summer temperatures. The site is completely uncontrolled. There is no electricity, running water, sewers, or trash pickup and many of the campers use solar panels and generators to produce electricity. The area is also not regularly policed and the community abides by its own “laws”. Some of the campers choose to call it “home” because they prefer the lifestyle and others have been forced there due to poverty.

How to Get to Salvation Mountain

Salvation Mountain is easy to reach from Palm Springs, San Diego, or Los Angeles and can even be done as a day trip. The mountain is located in a fairly remote area, so a car is a must. The drive is not difficult but does require some driving on unpaved roads. A 4×4 isn’t necessary; however, drive slowly, stay on marked roads and avoid loose-looking sand or you could get stuck. To get there:

Use the following address to map more detailed directions:

There is free parking on-site and the lot usually has plenty of room on weekdays. It might be a little tougher on weekends, but parking along the road is an option as well.

What to Wear to Salvation Mountain

Pretty much anything goes, but desert weather can often be extreme. Depending on the season, it can be quite hot with temperatures above 100 degrees Fahrenheit or the complete opposite with chilly and strong winds. Be sure to check the forecast and dress appropriately. In the summer months, it may be tempting to wear a bikini, but I would advise against this.

Although Salvation Mountain is not technically a religious site, the volunteers encourage people to still dress somewhat respectfully. The volunteers also ask that you wear flat shoes as to not damage the paint. Heels are not allowed and the volunteers will kindly ask you to either change your shoes or stay off the mountain. The area is generally pretty safe, but like anywhere, always use caution. There is some drug and alcohol use in the area, resulting in the very occasional unsavory character. As a female, I probably wouldn’t suggest exploring Slab City solo, but Salvation Mountain is perfectly fine. It’s operated by on-site volunteers and there are usually always other tourists around, especially on the weekends.

Where to Stay Near Salvation Mountain

I can’t recommend accommodation near Salvation Mountain because there are so few options. Instead, I suggest using Palm Springs as a base and staying at one of the following:

The Saguaro
The Saguaro is a hip boutique hotel with a fun pool scene and restaurant. The rainbow-colored hotel is very instagrammable and is a great place to spend the weekend. The hotel is conveniently located near downtown Palm Springs.

Parker Palm Springs
The Parker is a personal Palm Springs favorite of mine. It’s luxurious and is the perfect place for a relaxing getaway. The resort has multiple pools, a spa, a bar, and a restaurant spread out over its beautiful garden-like grounds.

Korakia Pensione is another beautiful hotel with garden-like grounds. It’s much smaller than the Parker but still feels just as secluded. The resort is Mediterranean and Moroccan-inspired and is beautifully decorated. It has a yoga room, two pools, and offers a great free breakfast, afternoon tea, and loaner bikes.

I hope you have enjoyed my guide to Salvation Mountain, California’s best road trip stop. Other fun nearby stops include Bombay Beach (not a useable beach), the Salton Sea, and East Jesus. Now, get to the desert and do some exploring!

Have you done a road trip through California’s desert? What are your favorite stops? If you’ve enjoyed this post, please leave a comment or share using the social media buttons below. For more fun things to do in California’s desert, continue to my post “Joshua Tree: Weird Things to Do in the Desert”. 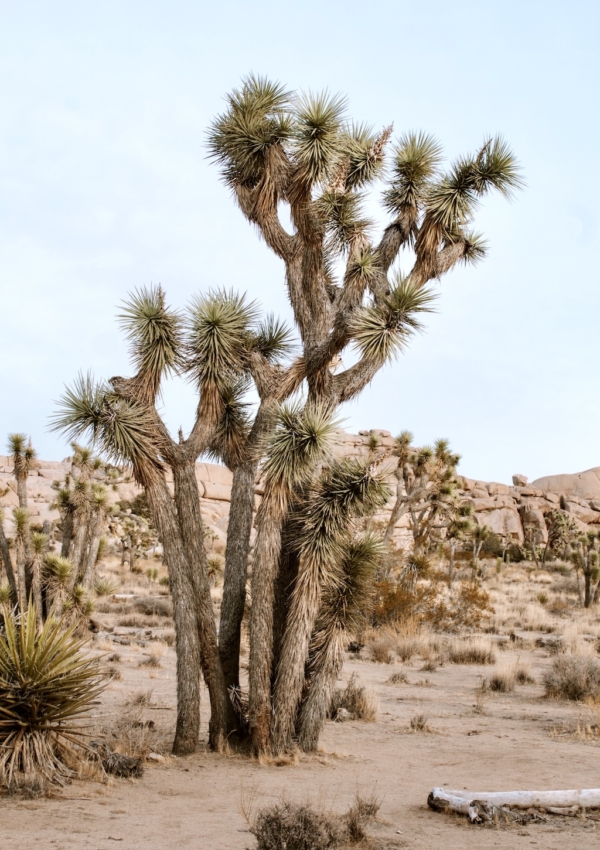 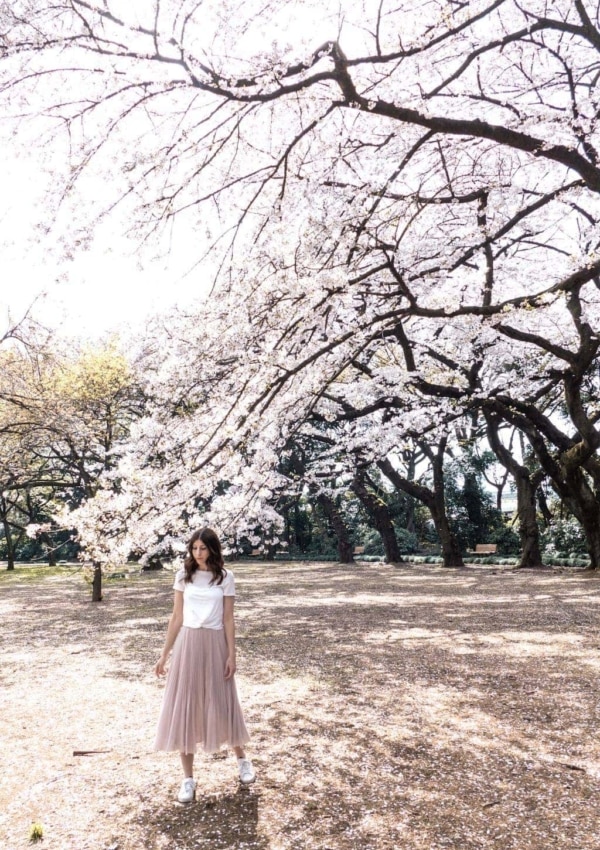 Sakura Season: Where to See Cherry Blossoms in Japan 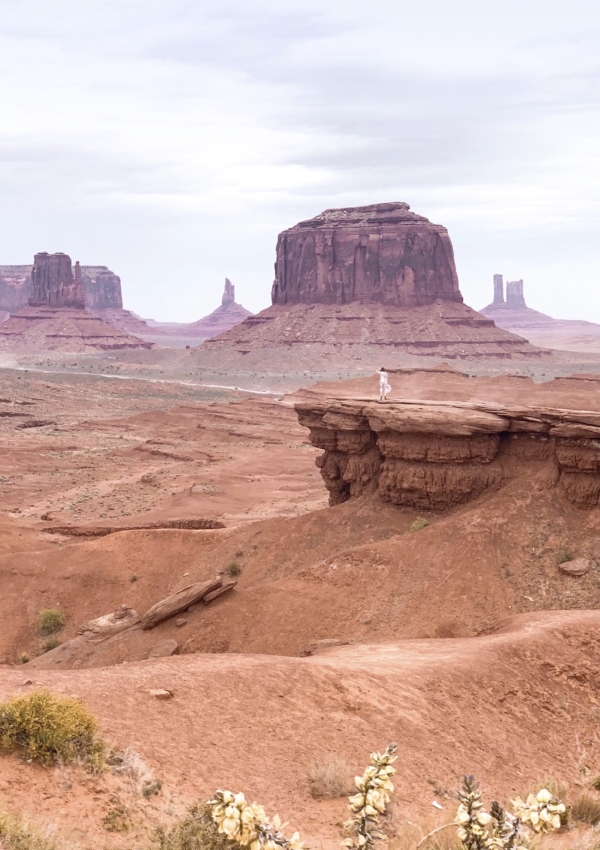 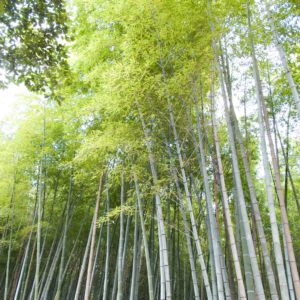 6 Amazing Things to Do in Arashiyama, Japan 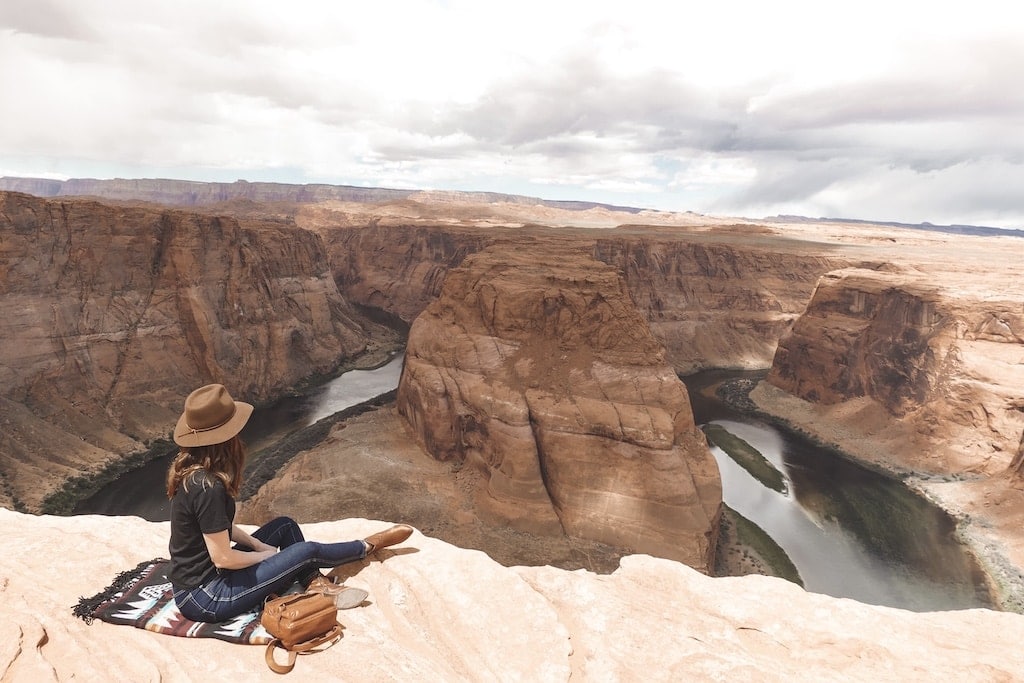 The famous blue-domed church of Oia, Santorini is

I loved all the pretty church bells in Santorini.

Naoussa is a picturesque fishing village in Paros,

Ok…so I probably spent about an hour looking for

Santorini has about 70 historic windmills, with mo

If you know me, then you know I’m obsessed with