Yosemite National Park is one of the oldest and most visited national parks. It’s home to majestic waterfalls, large granite rock formations, ancient Sequoias, and incredible hiking trails. It sees about 4 million visitors each year and is a must-do on your trip to California.

Yosemite has become a playground of sorts for climbers looking to conquer its world-famous summits but it should be on every adventure lover’s bucket list. It truly has something for everyone, including the inexperienced hiker. Continue reading to discover everything you need to know before visiting Yosemite National Park as well as the best things to do in my Yosemite 3 day itinerary. 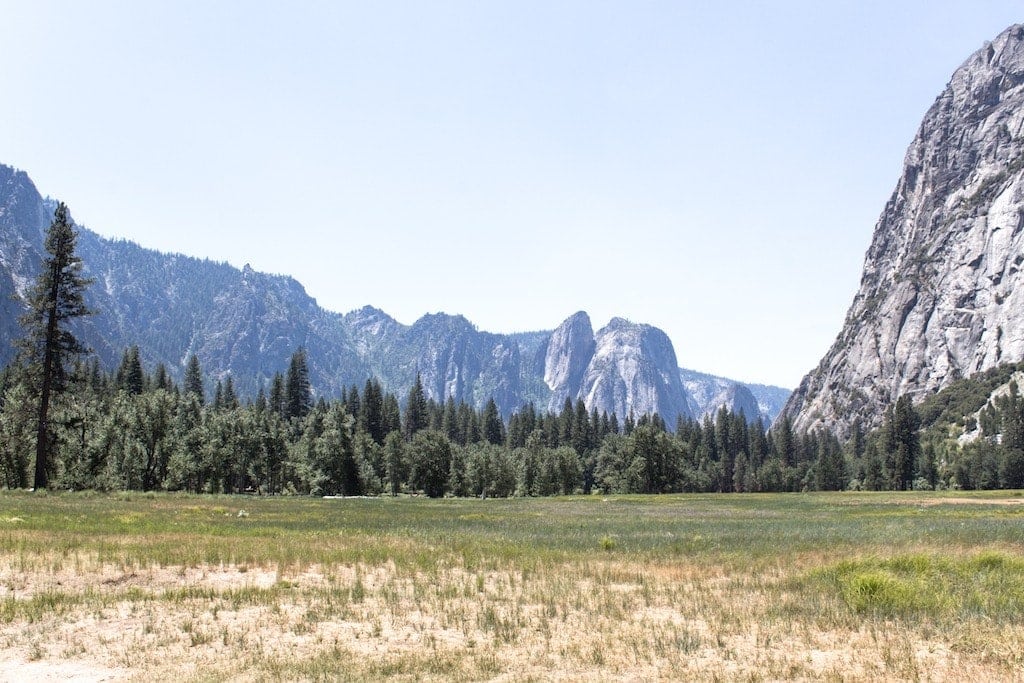 In 1864 protections were put into place to preserve the Yosemite Valley and in 1890 the area became the nation’s third national park. Yosemite’s park status can largely be accredited to John Muir, a naturalist and writer. He campaigned Congress for wilderness conservation programs and stressed that if the land continued to be exploited then there would eventually be nothing left.

His writings, which have now been read by millions, described his adventures, the beauty of the valley, and the human relationship with nature. His activism not only helped preserve Yosemite but Sequoia and other large wilderness areas.

Yosemite National Park is located in California’s Sierra Mountains and covers 1,169 sq mi (3,029 km2). However, a very small portion of the park is actually explored by visitors. Most stay within its main attraction, Yosemite Valley. Much of the park, about 95%, is designated as wilderness. Yosemite is home to over 400 species of vertebrates that include birds, mammals, fish, amphibians, and reptiles. It has over 1000 species of plants and about 20% of all plant species native to California can be found within the park. 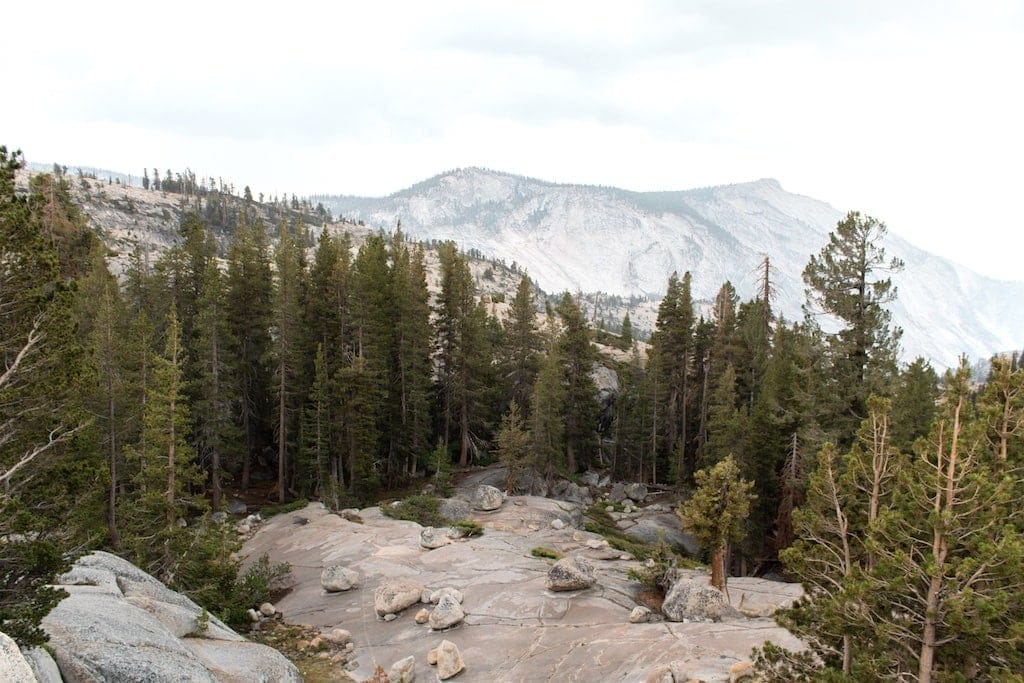 How to Get to Yosemite National Park

Yosemite National Park is located in central California and can be reached by either plane, train, or bus. The preferred way is by plane and car rental. The roads are well maintained throughout the year, with the exception of the Tioga Pass. The Tioga Pass usually closes from November through late May or June due to snow and ice. Tire chains may also be required in the park during this time.

A car, however, isn’t absolutely necessary. Public Transportation from Fresno, Merced, Mammoth Lakes, and Sonora is available via Yosemite Area Regional Transit System (YARTS). YARTS is a fixed route transit system into Yosemite National Park that operates year-round from Merced and Fresno and during the summer months from Mammoth and Sonora. The buses or comfortable, air-conditioned, and fares include admission to Yosemite National Park. Fares can be purchased here.

AMTRAK trains serve many of the surrounding cities and provide transportation to the Yosemite area. The San Joaquin train can be taken to Merced where the YARTS bus lines can then be taken directly to Yosemite Valley.

Greyhound does not offer direct bus service to Yosemite but it does service Merced. YARTS can be utilized from Merced to reach Yosemite Valley.

Yosemite can be a terrific road trip if you reside in California or a nearby state. The drive to Yosemite from Los Angeles is about 6 hours, from Las Vegas about 7 hours, and just 4 hours from San Francisco.

No matter what direction you are coming from, there are many amazing things to see along the way. Other nearby stops include Sequoia and Kings Canyon National Parks, Bodie State Historic Park and ghost town, and Wild Willy’s hot springs near Mammoth. 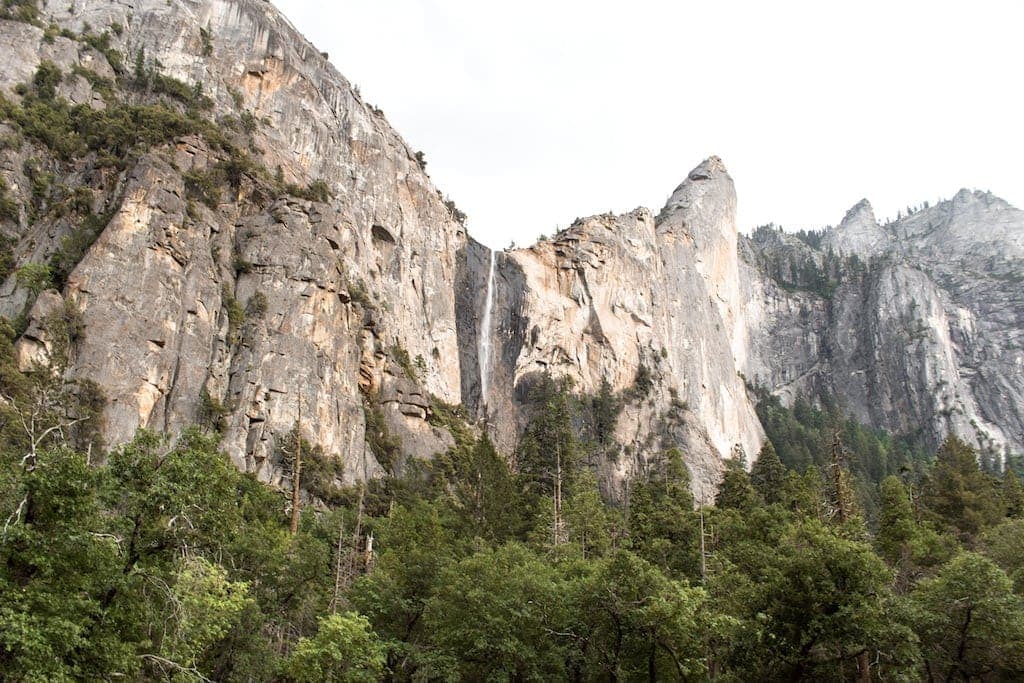 How to Get Around Yosemite

Getting around Yosemite is fairly easy. Most choose to drive the Yosemite Valley Loop but many of the park’s main sights are accessible by shuttle, bike, or hiking trail.

The easiest way to get around Yosemite is by car. If visiting during the winter months, be aware that chains may be required and roads may be closed. Many of the sites within Yosemite Valley a