Top 10 Things to Do in Hoi An, Vietnam

Hoi An is a well-preserved ancient town in central Vietnam. It was once a trading port from the 15th to 19th century and foreign influences can still be seen in the architecture, food, and culture today. The area is a labyrinth of shops, tiny alleyways, and eateries. It has become known for its orange buildings and plentiful lanterns that line the street. Hoi An is a lovely place during the day but becomes something magical at night when the lanterns are lit up.

Hoi An was named a UNESCO World Heritage site in 1999 and has seen an influx of visitors ever since. It is touristy but somehow the crowds of people don’t distract from its charm. I visited with few expectations and was pleasantly surprised. I fell in love with the city and it remains one of my favorites in Asia. Not only is it absolutely beautiful, but it has a lot to offer for being such a small city. Continue reading to discover the top 10 things to do in Hoi An, Vietnam. 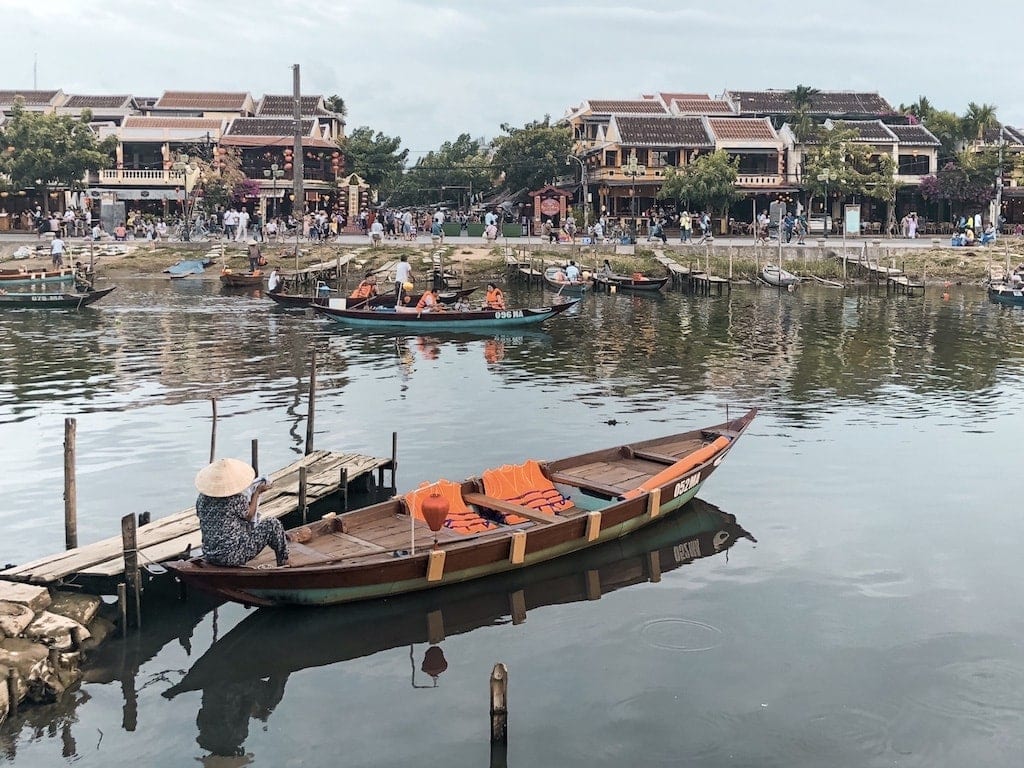 How to Get to Hoi An

Hoi An is a small city located in Vietnam’s Quang Nam Province. It’s located on the coast of central Vietnam and is about 30 km (18 mi) south of the city of Da Nang. Hoi An doesn’t have its own airport or railway station and can only be accessed via roadway. Da Nang is the closest major city to Hoi An and provides travelers with a few options for reaching the ancient city.

The fastest and preferred way to get to Hoi An is by plane. The closest airport to Hoi An is Da Nang International Airport (DAD). There are domestic connections from Hanoi, Ho Chi Minh City, and Hue with Vietnam Airlines and VietJet Air and some international flights from major cities including Bangkok, Siem Reap, Singapore, and Hong Kong. Most people that visit Hoi An are traveling from the country’s capital of Hanoi.

The flight from Hanoi to Dan Nang International airport is short and is only about an hour and 15 minutes long. Upon arriving in Da Nang, you’ll have to find ground transport to Hoi An. The drive from Da Nang to Hoi An takes roughly 45 minutes depending on the mode of transportation you choose. From the airport, you can take a taxi, arrange a private transfer or arrange a shuttle.

A taxi can be an easy option as well. There are plenty to be found outside the airport but they can often end up costing more than a private car. Attempts were made to hustle me and I found the taxi stand manager to be very aggressive. Look up the current rate in advance so as not to be overcharged.

A shared shuttle is a great alternative to a private transfer. It’s cheap and only costs about VND 140,000 each way. The shuttle runs every hour from 4 am to 10 pm and takes about an hour and 15 minutes to reach Hoi An.

Traveling from Hanoi to Hoi An on a sleeper bus is easy to do and will be your cheapest option. However, the trip is long and takes about 17 hours. You’ll depart Hanoi in the evening and arrive in Hoi An around noon the following day. The busses have reclining seats so you should be comfortable enough to get some sleep. One of the benefits besides the unbeatable price is that a stop in Da Nang is not needed.

The busses can take you directly to Hoi An but may have a couple of brief stops along the way. Two bus companies providing this service are Hung Thanh and Queen Cafe. A bus ticket is around VND 350,000 each way. Make sure to arrive at the bus station one hour ahead of your departure time.

A train that runs from Hanoi to Da Nang is available, although I would not recommend it. The journey is long and takes about 16-17 hours. It may be a good option for you if you have the time and want to enjoy the scenery. There is a night train available as well. Vietnam Railways has a handful of trains that depart daily from Hanoi. The ticket for the regular train costs roughly VND 811,300 one way and the luxury train is around VND 1,850,000. You will then have to arrange a transfer from Da Nang to Hoi An.

Best Time to Visit Hoi An

The weather can vary greatly between northern, central, and southern Vietnam. Central Vietnam has two seasons. These are the wet (Oct-Jan) and the dry (Feb-Sep) season. Many travelers will say that the best weather is from February to April. The average temperature during this time ranges from 73°F( 23°) C to 80°F (27° C). These are the driest months of the year and the temperatures are warm but mild.

These months are great for outdoor activities and are popular with tourists. You can expect the tops sights to be quite crowded during this time. September can be a good month to travel to Hoi An as well. The humidity can be high, but it’s not unbearable and you’ll find it to be less crowded. The temperatures in Hoi An are the hottest from June to August and most of the rainfall occurs between October and November. These are months you will likely want to avoid.

How to Get Around Hoi An

Hoi An is a small town and is easy to get around. I recommend taking advantage of its walkability and staying as close to city center as possible. Many of the hotels in the area offer use of complimentary bikes. Biking is a great and fun way to explore the town and river areas.

If this isn’t included in your hotel stay, then there are lots of bicycle and motor-bike rentals around town. If it’s just too hot for walking then a cyclo (three-wheel bicycle taxi) can transport you around Ancient Town for a fee. For longer distances, such as the beach, your hotel can likely arrange a taxi or you can use Grab (Uber-like app). 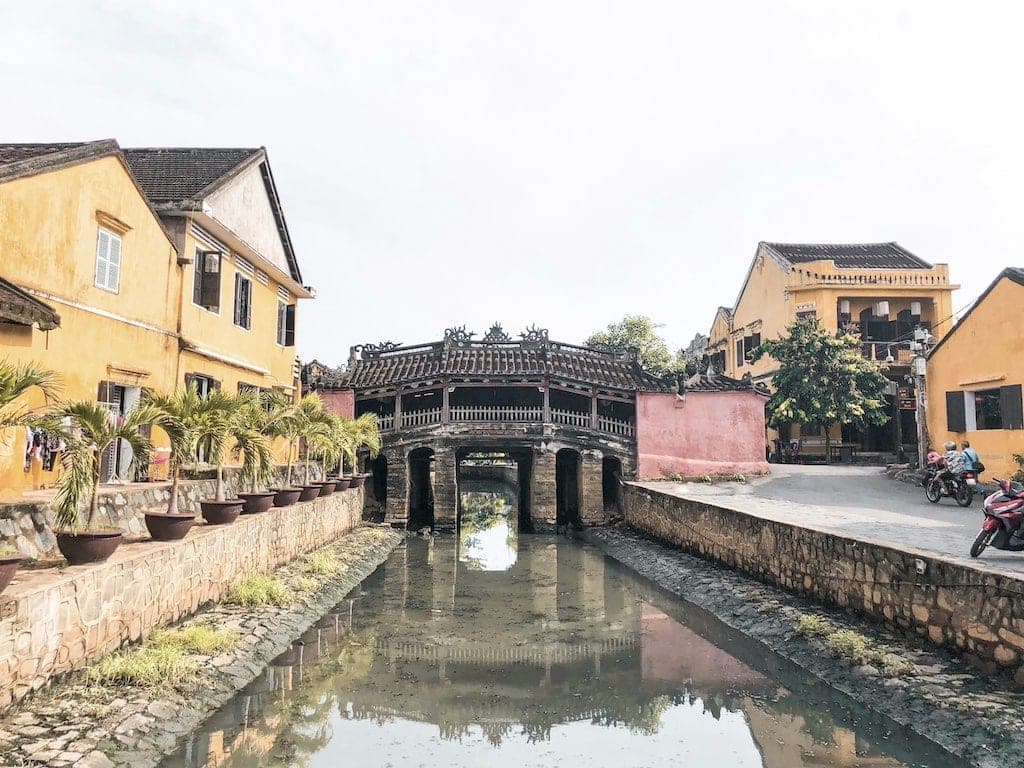 How Many Days in Hoi An

Hoi An is a small town and seeing most of its main attractions is doable in two or three days. However, four or five days would be ideal and would allow you to see everything at a more leisurely pace. It would also allow you time for a day trip or free up some time to simply relax by the pool.

Budgeting for Hoi An

Vietnam is an extremely affordable travel destination. Hoi An is relatively cheap but the prices in the center of town tend to be slightly inflated. To get the most bang for your buck, I recommend finding restaurants and accommodations just outside of the city center.  Accommodation can be found for under $15 USD/night and the price of a luxury hotel is equivalent to the price of what I would consider a mid-range hotel to be in the United States ($70-140 USD). The average cost of a good meal is about $7 USD. You’ll want to budget a bit more if you plan on having custom clothing made or wish to partake in activities or day trips.

Things to Do in Hoi An:

Hoi An Ancient Town is a well-preserved area that functioned as a trading port between the 15th and 19th centuries. For this reason, a combination of Chinese, Japanese and European influences can be seen throughout the town. A ticket to Ancient Town is required for the town’s attractions. For the cost of the ticket ( VND 120,000), the ticket holder is allowed to choose five of the town’s twenty-two heritage attractions to visit. There are museums, assembly halls, and ancient homes. I recommend visiting Fukian Assembly Hall and the Japanese Covered Bridge. After visiting the attractions, spend some time getting lost in the town’s many alleyways.